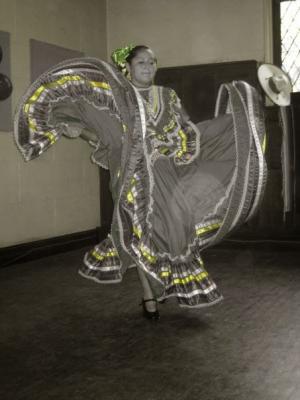 Founded in 1974, Casa Boricua, Inc.—which became La Casa Cultural in 1977 upon moving to its current location at 301 Crown Street—was established by Yale University after a group of Puerto Rican undergraduates and local Puerto Ricans voiced the need for a facility that would promote cultural and educational events related to the Puerto Rican experience. The building in which La Casa is located was chosen in part because it was known to have been constructed by Puerto Rican builders.

Other ethnic groups at Yale followed suit and in 1981 the Chicanos, Native Americans, and Asian Americans secured a cultural center of their own, in a structure that had previously housed the Psychology Department. The strong commitment of these individuals and their effective use of the press did much to secure the support of Yale’s administration in their efforts.

In the fall of 1999, Latinx student leadership held Latino Town Hall meetings to address growing concerns among the non-Chicano and non-Puerto Rican Latinx people concerning the lack of resources available to them. In the coming months, students collectively drafted a proposal for Latinx student unification, one goal of which would be consolidation of the two cultural centers. “La Casa Cultural, Julia de Burgos, the Puerto Rican Cultural Center” would become “La Casa Cultural, The Latino Cultural Center,” the Chicano students would move into La Casa along with previously excluded Latinx students. Extensive renovations of La Casa Cultural were completed in 2000.

Since the late-1970s, La Casa Cultural has been host to countless cultural, scholarly, and social events. These events have featured musical groups from Puerto Rico such as Haciendo Punto en Otro Son and Roy Brown y Aires Bucaneros; exhibits by well known local and guest Latinx artists such as Imna Arroyo, renowned sculptor Jose Buscaglia, and emerging Chicano artist Maceo Montoya ‘02; visits by highly renowned political figures such as the Honorable Rafael Hernández Colón, Governor of Puerto Rico, the Honorable Xavier Becerra, former chair of the Congressional Hispanic Caucus, the late César Chávez and Arturo Rodriguez, respectively co-founder and president of the United Farm Workers of America; and presentations by distinguished scholars such as the Puerto Rican political analyst Juan Manuel García-Passalacqua. Throughout all this, the cultural center has served as an important focus of Latinx student social life at Yale and a tremendous source of student-community interaction and enrichment.